Kani RP was created on Véronique Pigot’s willingness to provide her 25 years of experience in public and press relations to industrial and technology companies. This experience was earned in national and international companies and agencies such as AGF, Eutelsat but also in public institutions such as CNRS or Conseil Général de L’Oise.

Kani RP is a press and public relations agency
specialized in supporting industrial and technology companies
which want to reinforce their commercial development
by using an accurate press relations strategy closely shaped to their ambitions. 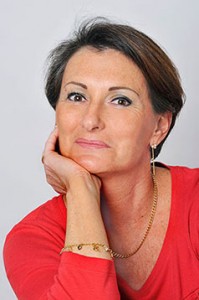 As an expert in press relations and fluent English speaker, Véronique integrates Anglo-Saxon PR methodologies is inspired by them in her process.
After being the head of French subsidiaries for International communication agencies in the 00’s, Veronique chose to stand on her own in 2005 – a way to express her personality and to implement her methodology. Karni RP was created in 2008.

Her favorite fields?  TIC, telecom and research but also industry and institution.

What does she prefer? : Business to Businness (B2B)…

We provide the best to our clients. They trust us to manage their communication. Join us!